Discernment, The Art of 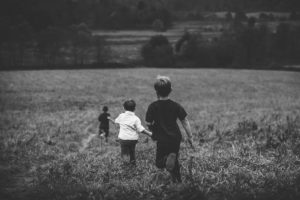 Discernment, The Art of

Jesus was discerning.  Some of the Pharisees and leaders were seeking to set him up for failure, for getting himself in trouble by something he would say.  Noticing this he did not fall for their charming pretense.  (See Luke 20:20-26) Their intent was to trap him into saying something off-color that would show he was a fraud.  His intent was to see through their entrapment tactics and then say and do what confounded them for he spoke the truth.

When we consider this, we ask ourselves this question: When are we asked to be discerning and pick between two ways of dealing with a situation?   The parable of the Good Samaritan helps us think about one way.  Two men passed by the man beaten and robbed who lay by the side of the road.   The Good Samaritan came along, saw the man, saw his need and discerned that this was not a set-up.  There were no men hiding in the bushes waiting to come out and attack him.  So he ministered to the man, poured oil on his wounds.  Then he took him to an inn and paid for the days the man would need to be there in order to heal.   He treated the man best he could.

This gives us a simple way to talk about discernment.   Trick or Treat!  When one is confronted by a situation, one must discern.   Is someone seeking to trick me, to deceive me, to take advantage of me?  Or is there actually a need there and no danger of being tricked?  Let us realize this is a tough call.  This means we need to be talking about discernment many times and help our offspring think about this as well.  The book of Proverbs clearly helps us here.  It is aimed to give wisdom to the simple-minded.  It elevates the importance of wisdom as a gift more precious than gold or silver.  Proverbs recognizes one can get oneself in a jam just by going along with someone’s request or proposal.   There will always be someone we meet up with, who has an ulterior motive but who is nice on the front end.

Some people are good at scheming.  They can make things seem very normal, very engaging, even compelling.  So why would a person not go along with them?   They would also use “urgency” as a way of getting their victim to do what they are proposing.   Listen to many advertisers and notice how often they are using deadlines and promotions to get a person to act quickly.  So quick that there is no time to consult with another person and discern what is going on.  Luther sees Satan as behind this deception.Proverbs 4:23 exhorts us to “Keep or guard your heart with all vigilance, for from it flows the springs of life.”  If we are not discerning we can find ourselves in a deep hole that’s very hard to get out of.   But here is the challenge.  Discernment does not come easily.   There is quicksand on the road of life and many find themselves in it.  Jesus says there is a narrow way that leads to real life and a broad way that leads to destruction.  So there is much at stake when we are talking about discernment.  Proverbs tells us we need to work with our offspring and help them become discerning so they treat when that is actually needed but they do not let themselves become tricked and then used or wounded unnecessarily.   Jesus tells us in Matt.10:16: “See, I am sending you out like sheep into the midst of wolves; so be wise as serpents and innocent as doves.”  To be wise as serpents is to be discerning. Are we ready to be trained in discernment?   How important is this matter to you and your beloved youth?