Are Our Children Prepared for Treacherous People? 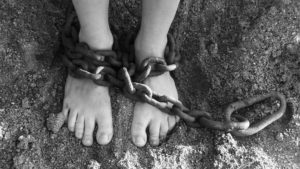 Are Our Children Prepared for Treacherous People?

When we hear a 15-year-old girl has gone with her parents to a Dallas Maverick’s basketball game and is abducted, we might ask how that could happen?  We may well want to know because suddenly situations we assumed were safe may no longer be that safe.   Here is the problem we are abruptly confronting.  Traffickers come up with sophisticated schemes that young people are not prepared to deal with.  So if the scheme is well executed, what will almost always result is that the outcome will favor the traffickers.  They are the professionals and the youth is the amateur in the game being played.

We do not know what happened in this situation but let us paint a picture anyway.   This is not the true story but it will help us get some idea how something like this could happen.   The fifteen year old is attractive for her age.  She is alone in the wide hallway of the stadium.  Then she is spotted by a couple of women.  They follow her.  On a cell phone one woman calls two men at a nearby door that exits the stadium.  She tells them they have found just the right girl to be targeted.  The plan goes into action.

One of the young female traffickers runs up to the girl and looks her in the eyes and says, “I need help.  My father just collapsed.  Could you please come and bring your cell phone so we can call 911?”   The 15 year old responds to the urgent need.  She runs with the woman whose dad is supposedly on the floor.  As they run past the exit door the 15 year old is suddenly confronted by two men.  One gets in her way and stops her.  Before she can think or scream, another man comes up and says in a menacing tone to her.  “If you scream I am going to kill you.”  The girl is not prepared for a situation like this.  One man says, “Follow us and you won’t get hurt.”  She follows.  Soon she is put into a waiting van.  All the eight people involved in the scheme including the driver are in the van with her.  Tape is put over her mouth so she can’t scream.   She is surrounded so there is no way for her to escape.  Her hands and feet at now tied.  All of this has happened in just a few minutes.  The van takes off and will be long gone before the parents start to realize there is really a problem.   That is one of the reasons this kind of abduction is successful.   Delayed comprehension gives the kidnappers time to get far away and be undetected.

Now we ask ourselves, “What could have happened so this girl would have avoided being abducted?”  The answer is simple yet profound.   The girl could have stood her ground and not responded to the call for help.   But that would have required not only quick thinking but actual training.   Adults Saving Kids has found parents who deliberately work with their kids so they hold back from responding to a stranger’s plea.   This means parents have had to swallow hard and believe that connivers will approach their children with compelling requests.  Their children must be prepared for this.   They have developed their children’s response level to the point that nothing urgent or compelling is the last word.   The girl could have asked herself, “Why is she choosing me to tell when we are a distance from her father?”  She could have said,
“Talk to that man over there.  He looks like he would be a better person to help.”  But obviously such quick thinking is not going to happen if the girl has never become prepared to think this way.”

Adults Saving Kids has come to understand that family leader’s need the kind of training that helps their offspring be able to head off such a tragedy.  We are talking about what can happen at the top of the cliff.  What can be done before a child goes over that cliff and years of heartache and recovery take over one’s life?   It is a little like buying insurance on a home.  Perhaps no claim will ever need to be made.  So do I gamble and not buy insurance?  By the same token, do I decide not to prepare my children to recognize that someone may be seeking to take advantage of them and by so doing give myself more time to do other things?  Or do I realize an ounce of prevention now will pay big dividends if I do not have to live with tragedy and my child’s life deeply scarred?  God is asking us to raise wise kids.  God has provided the tools necessary.

Family of 15-year-old girl who went missing at Mavericks game demand answers from 8 people arrested in sex trafficking scheme, Dallas Police, and Oklahoma hotel where she was found